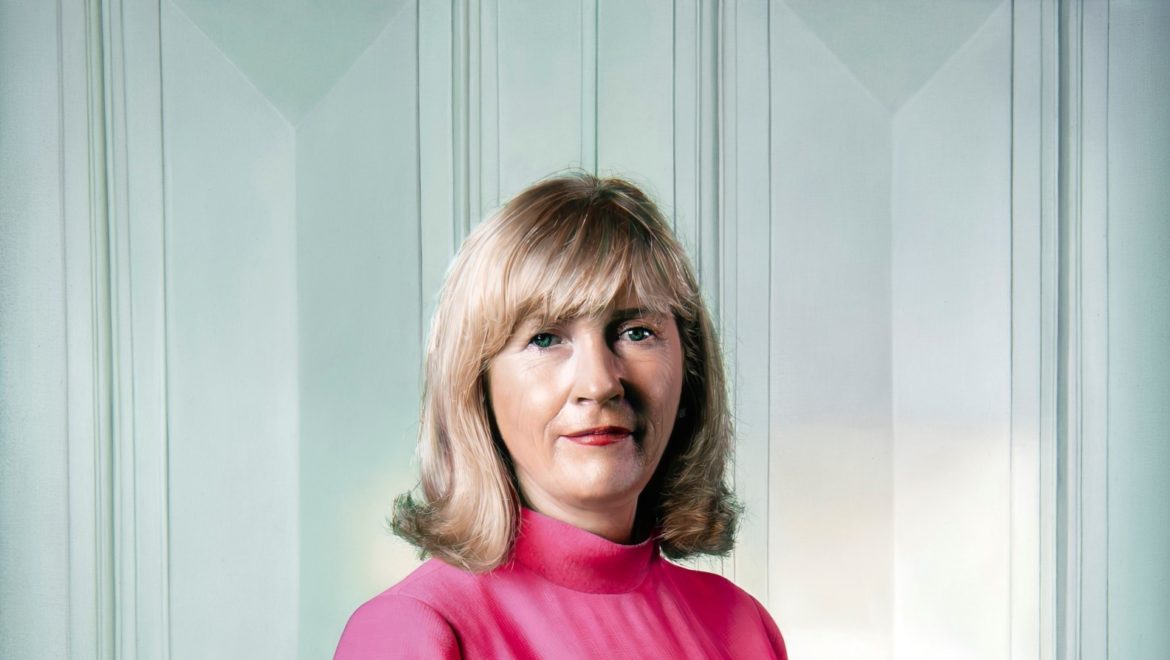 A portrait of Prof Mary Horgan, President of the Royal College of Physicians of Ireland by artist Jack Hickey has been selected for the annual Royal Hibernian Academy exhibition which opens today.

Prof Horgan’s portrait will be hung at the college in December, joining the other RCPI Presidents displayed in RCPI’s home on Kildare Street. Prof Horgan is the first female President of RCPI.

The portrait by artist Jack Hickey, was commissioned by RCPI as part of its 300-year-old portrait collection. It will join the portraits of recent Presidents at the Royal College of Physicians of Ireland in December and will be the second portrait of a female doctor in the collection. A portrait of Dr Kathleen Lynn, was purchased by RCPI in the1980s and hangs in the Stokes room at the College.

RCPI’s portrait collection contains work, primarily by Irish artists, dating from the 17th to the 21st centuries. The collection has been developed by the College through commission and donations over the past three hundred years. It provides a compelling visual record of the leading personalities of Irish medicine, while highlighting the gendered nature of the medical profession. While female medics are underrepresented in the collections, there are several works are by female artists including Lily Williams, Sarah Purser and Maria Hunter.

Artist Jack Hickey was born in 1988 in Cobh. He studied Fine Art at the Crawford College of Art & Design in Cork and graduated in 2011. Hickey won the Hennessy Portrait Prize Winner 2017. He was commissioned by the National Gallery of Ireland to paint a portrait of Prof. Marie Cassidy.

Prof Horgan is from Tralee, County Kerry and is a Consultant in Infectious Diseases at Cork University Hospital and former Dean of the Medical School at University College Cork. She is a member of the National Public Health Emergency Team (NPHET) and is currently chair of the Expert Advisory Group on Rapid Testing.

In October, as part of RCPI’s annual St Luke’s Symposium that focuses on Global Vaccination, a portrait of the late Laura Brennan, who advocated for the HPV vaccine will be unveiled. RCPI commissioned this portrait to add the first health advocate, who is not a doctor, to its collection. Further details of this launch will be announced shortly.