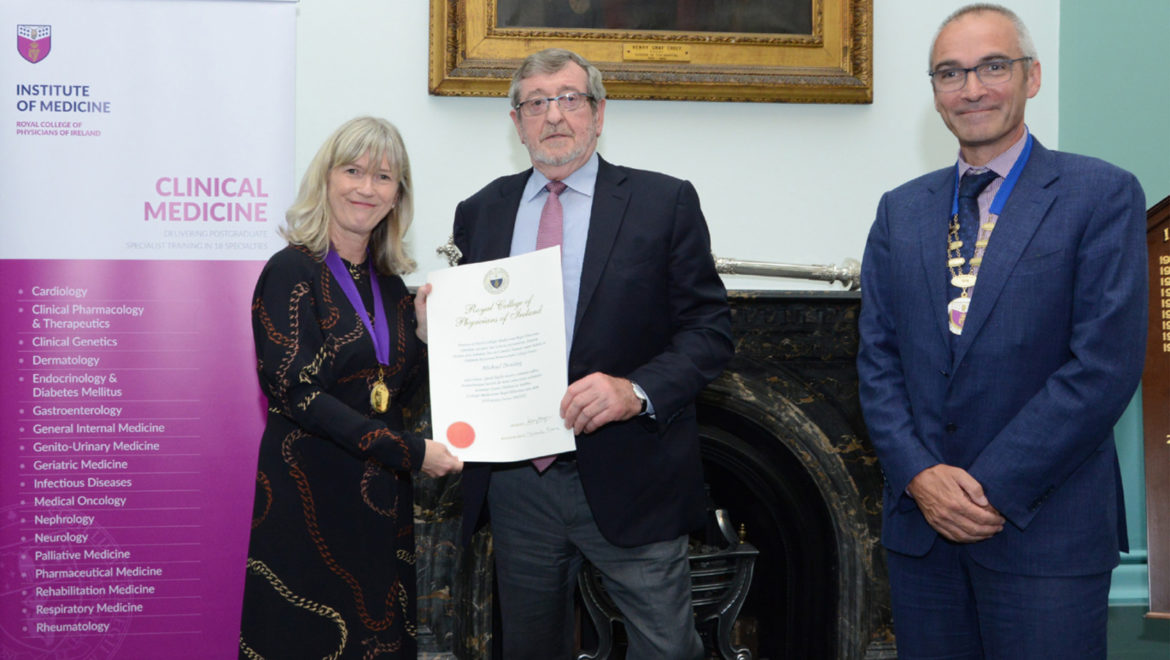 Michael J Dowling, President & CEO of Northwell Health, was conferred with an Honorary Fellowship of the Royal College of Physicians of Ireland at a special ceremony during the Institute of Medicine Annual Summer Symposium on Friday 17 June.

A leading influential voice in healthcare, he is well known for his work in quality improvement, as well as on societal issues such as gun violence and immigration.

Mr Dowling was the special guest at the Institute of Medicine Summer Symposium, and spoke at length with Dean Prof Anthony O'Regan, about his background and the major influences on his career, his time working as part of the New York state government and his leadership during the COVID-19 pandemic.  You can view this conversation here.

Northwell is the largest health care provider and private employer in New York State, and one of the largest in the US, caring for more than two million people annually through a vast network of more than 830 outpatient facilities, including 220 primary care practices, 52 urgent care centers, home care, rehabilitation and end-of-life programs, and 22 hospitals.

Known as a healthcare optimist, Mr Dowling also spoke candidly about the values he sees as essential to great leadership. These included curiosity, willingness to take risks, willingness to fail and the ability to challenge outdated systems.

Michael J Dowling with Professor Anthony O'Regan, Dean of the Institute of Medicine 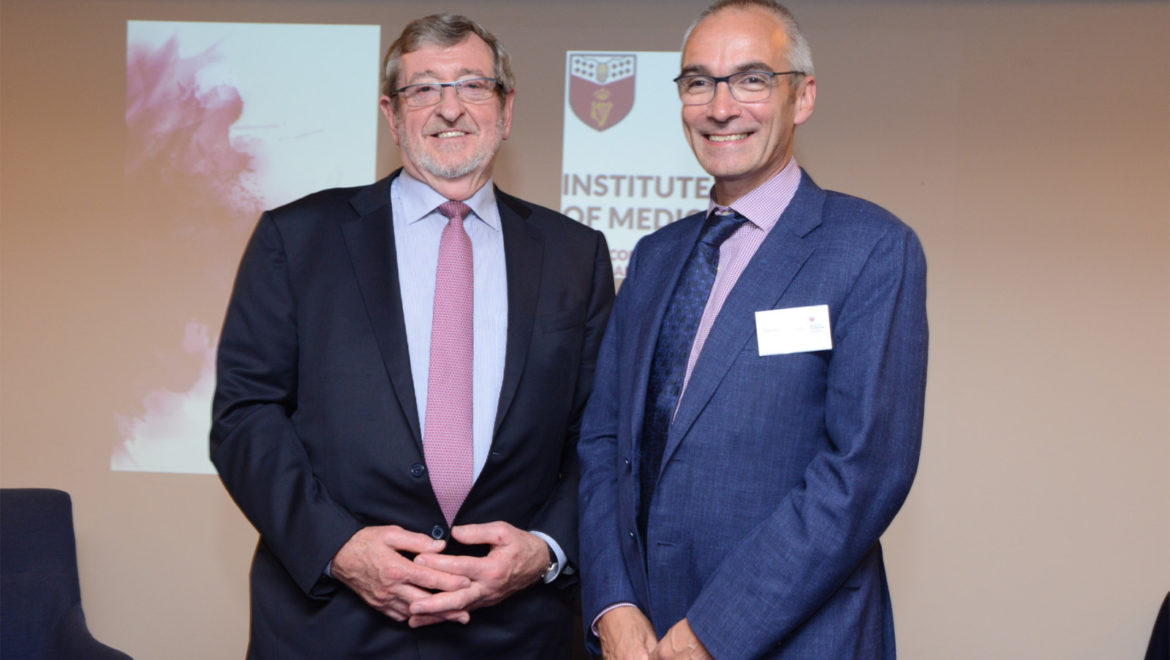 The Bryan Alton Medal was awarded on the day to Professor Rose Anne Kenny, Professor of Gerontology, Trinity College Dublin, Founding Principal Investigator of The Irish Longitudinal Study of Ageing (TILDA) and author of Age Proof. The awarding of the Bryan Alton medal recognises the inspirational work of professionals in medicine.

The following outgoing National Specialty Directors were recognised for their contributions:

Prof Beverley Hunt, Consultant and Professor of Thrombosis and Haemostasis, King’s College London and Dr JJ Coughlan, Cardiology CSCST, were also presented with gifts for their contributions to the Sympsoium in delivering the Stearne and the Eliza Dunbar lectures respectively. 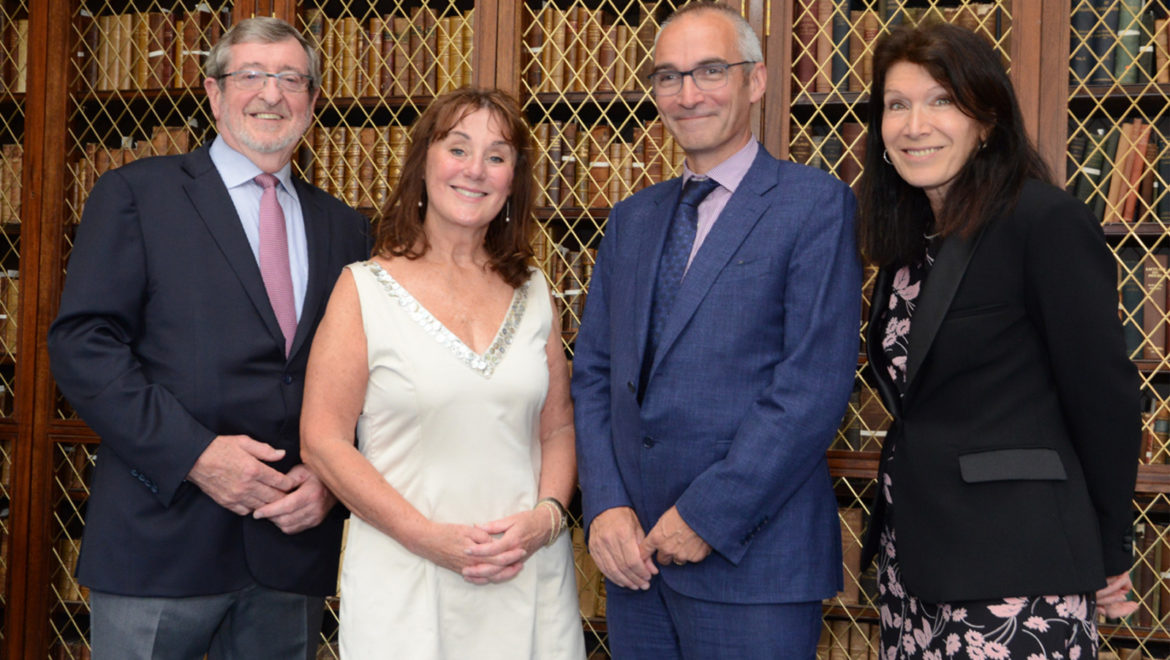 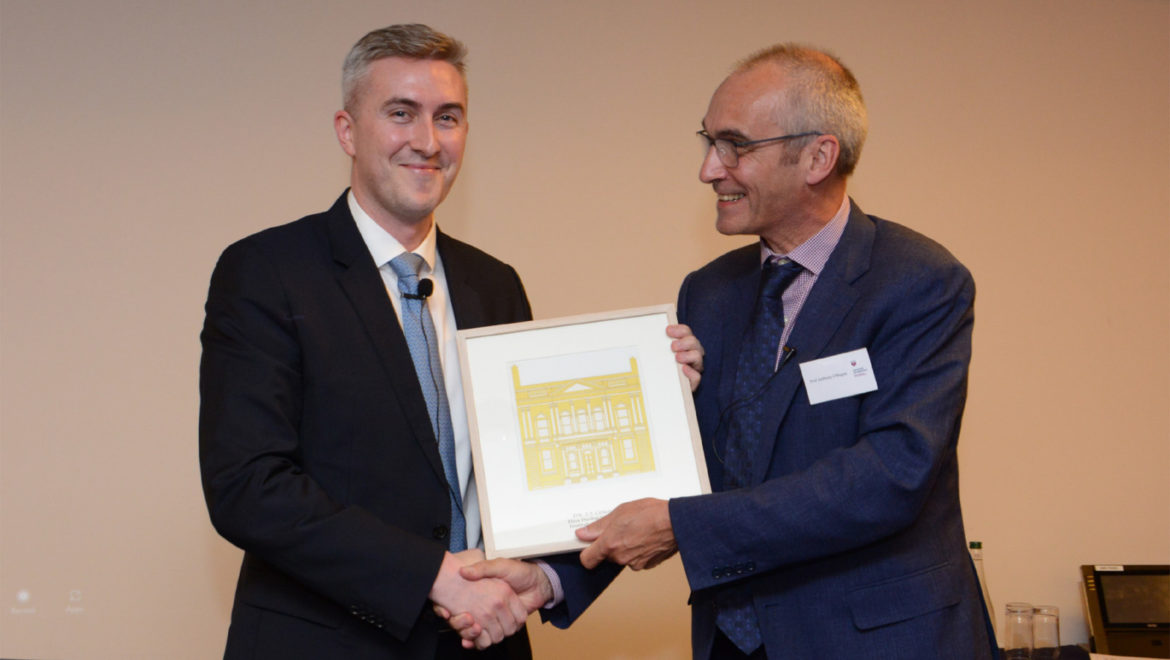 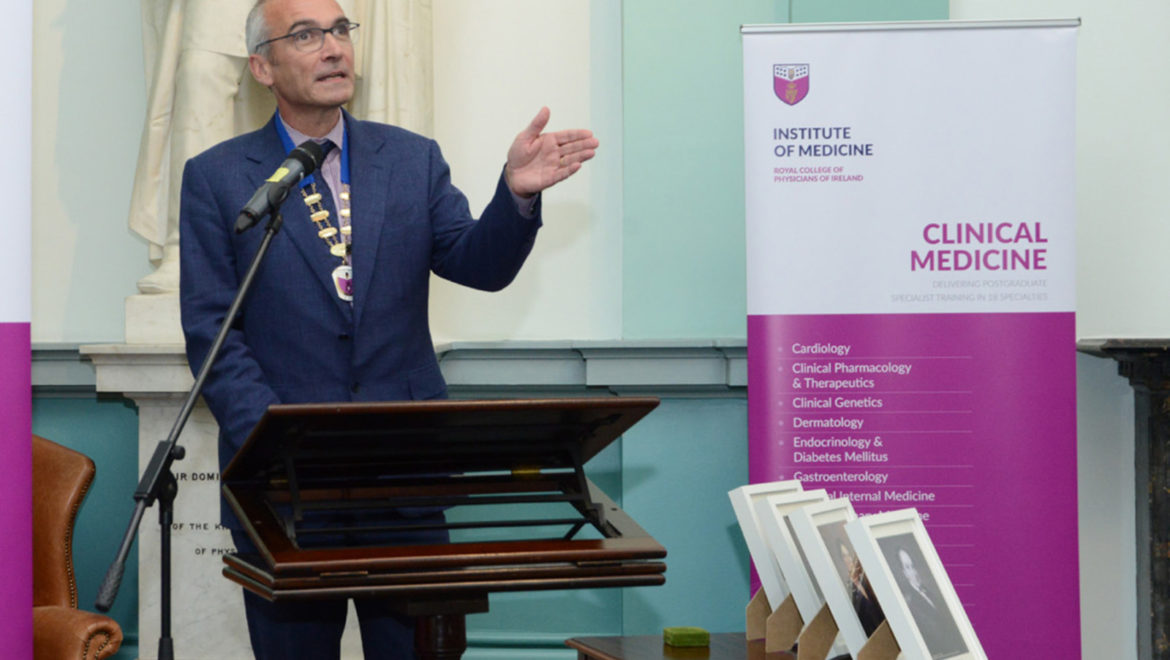 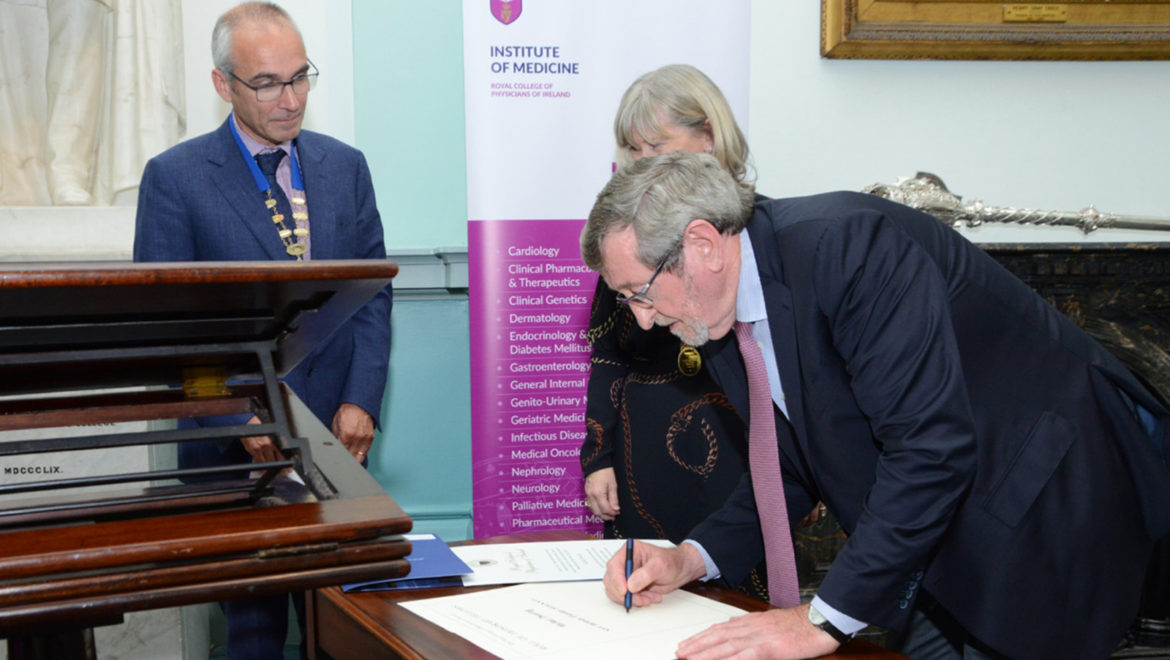 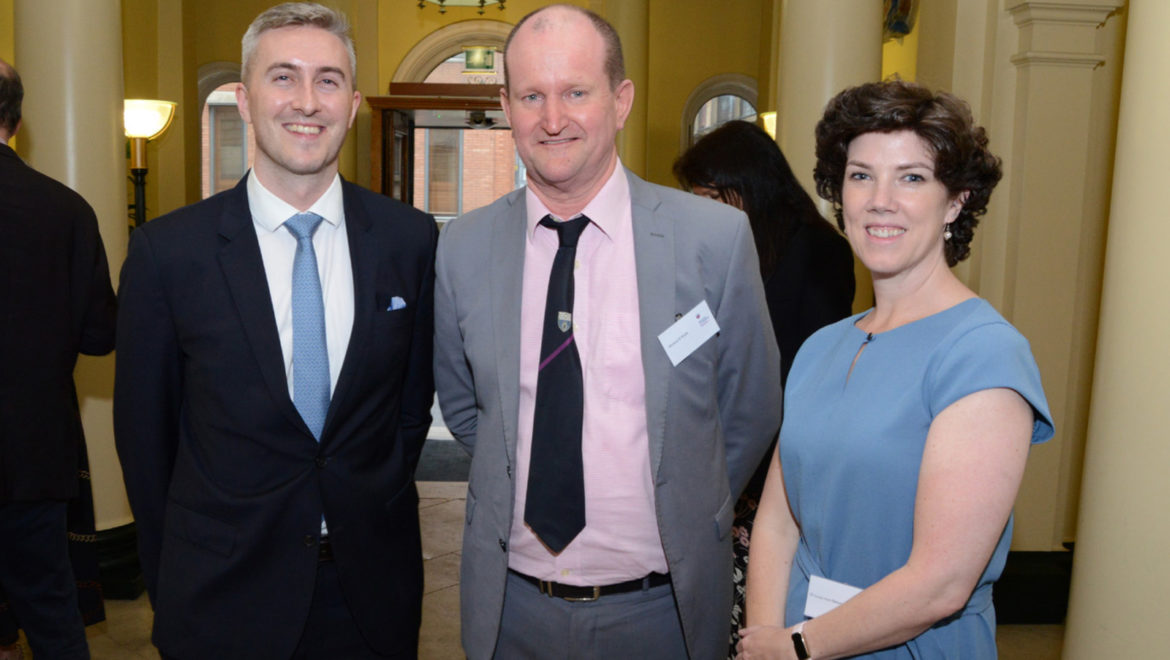