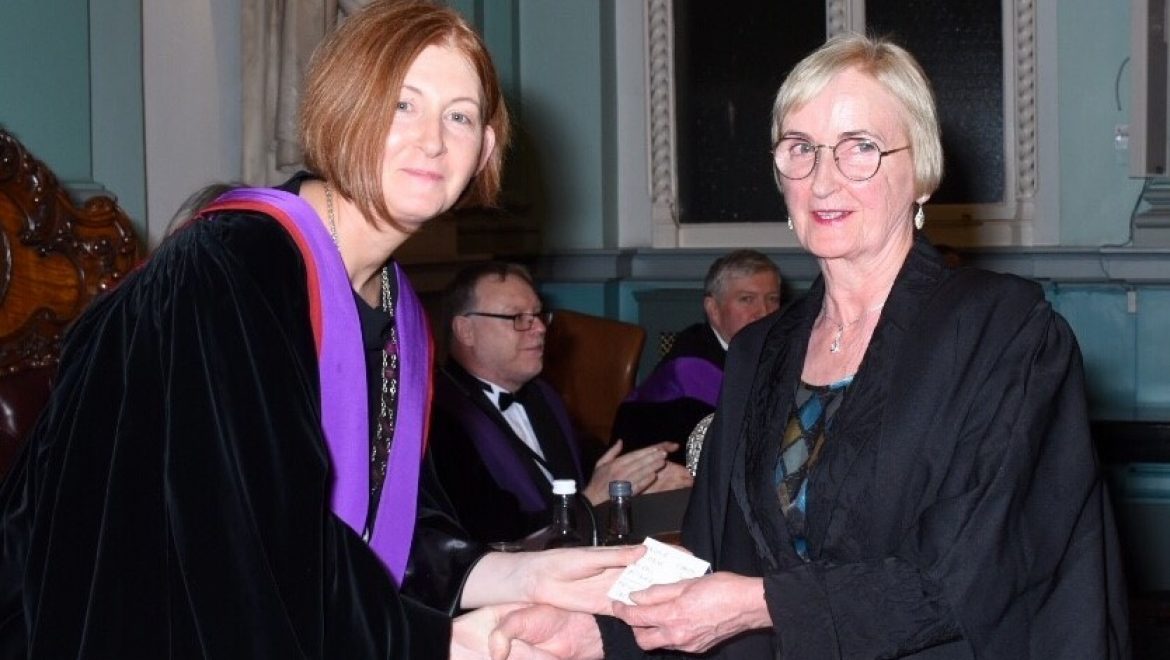 We are delighted to announce the recipient of the second Paule Cotter Medal . It was awarded to Prof Mary Therese Cafferkey (Reynolds) at the Faculty of Pathology Symposium on Thursday evening for her outstanding contribution to clinical microbiology in Ireland.

Professor Mary Cafferkey (Reynolds) studied Medicine at Trinity College Dublin, where she was awarded the University Entrance Scholarship and the Henry Hutchinson Stewart Medical Scholarship. She graduated from Medicine in Trinity College Dublin in 1974 and completed an MD in 1982.  She became a Fellow of the Faculty of Pathology (a Founder Fellow of the Faculty) in 1983.

Prof Cafferkey’s research interests have made a significant contribution to our knowledge of Clinical Microbiology and infection both nationally and internationally. Her seminal work on MRSA has been published in the Lancet and other high impact journals.

She was instrumental in establishing the Irish National meningococcal reference laboratory, now the Irish Meningitis and Sepsis reference Laboratory (IMSRL), based at Children’s Health Ireland (CHI) at Temple Street. She was a member of the European monitoring group on meningococci and was invited to speak about meningitis at the European Group on Meningococci and first world congress of paediatric infectious diseases.

She acted as representative for the Faculty of Pathology on the National Immunisation Advisory Committee (NIAC), and was a member of the sub-committees of the NIAC looking at hepatitis, meningococcus, varicella-zoster, pneumococcus, influenza, tuberculosis, healthcare worker and immunisation for travel.

Prof Cafferkey has played a key role in our National Disease Surveillance centre, now HPSC (Health protection and Surveillance centre), from its establishment when she was on the management board. She was a member of many key sub-committees of NDSC including SARI (Strategy for the Control of Antimicrobial Resistance in Ireland), sexually transmitted Infection, and Measles Outbreak Control Sub-committee.

Dr Paule Cotter contributed significantly to Pathology practice in Ireland both in her role as Dean of the Faculty of Pathology at the Royal College of Physicians of Ireland (1990 – 1993) and particularly as a Consultant Haematologist at Cork University Hospital.

Dr Cotter (1943-2017) was born in Bantry Co. Cork. She graduated in medicine with first class honors from UCC in 1966. She trained in England where she took her MRCP and MRCPath and had her first appointment as a Consultant Haematologist. She returned to her native Cork, joining the Clinical Consultant Staff in the newly established Cork Regional Hospital, in 1979.

Above all, Dr Cotter remained dedicated to Haematology/Pathology Service development and delivery over the ensuing twenty-five years to her retirement. Her patients were at the core of her commitment. She highly valued collegiality and contributed professionally and socially to the Consultant Medical Staff Committee, inestimably assisting integration of service delivery within Cork University Hospital.

She was a warm and active mentor, over and above her formal attachment to the Medical School at UCC. Her passion and empathy encouraged a new generation of Haematologists from among her junior staff, who would in turn take the reins at her retirement.

In so many of these professional roles, Dr Paule Cotter was the first woman to push these boundaries, and always in her own characteristic, generous, considerate and unassuming manner. 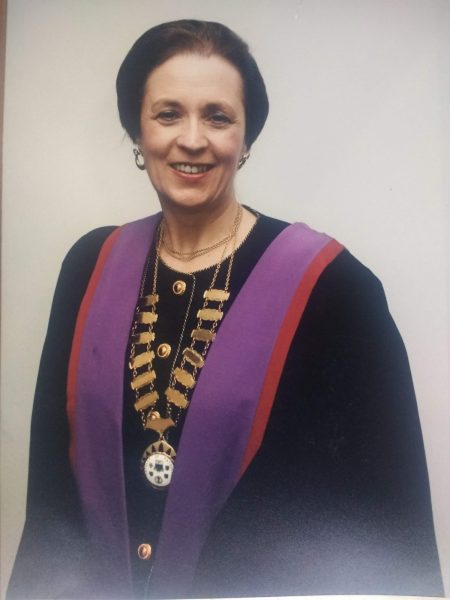